In a gift tax case teeming with valuation issues, one notable aspect was that, in valuing the minority shares of an S corporation, both parties’ experts applied a C corporation tax rate to the company’s earnings and the court, without ado, accepted the practice. To what extent this court’s position reflects a wider agreement among judges adjudicating tax cases and government tax specialists that tax affecting is the appropriate method for valuing nontaxable entities remains to be seen.

Taxpayer prevails: The flash point was a very successful, family-owned packaging company that was organized as an S corp. As part of their estate planning, the taxpayers gifted minority shares in the company to junior family members. The IRS claimed that, for three tax years, the taxpayers paid insufficient gift taxes. The plaintiffs chose to amend their tax returns, pay, and then sue in federal district court for a refund.

The court credited the taxpayer’s primary expert, commending his profound understanding of the company (he had worked with the company since 1999) and his detailed examination of its unique aspects. He analyzed the company on a “‘holistic’ basis to determine a value that best t the guideline companies,” the court noted. It only made a minor downward adjustment to the expert’s marketability discount. What’s the impact? In deciding how far this opinion goes toward ending the tax-affecting controversy, valuators should note that this is not a U.S. Tax Court memo or a precedent-making decision from a U.S. Court of Appeals. Further, the court here does not get into a larger discussion on tax affecting (e.g., models) and does not address prior landmark decisions, including Gross v. Commissioner. At the same time, the court’s ruling and the government’s position signal a recognition that there are tax consequences to the owners of S corps and other pass-through entities that need to be accounted for in a valuation. It’s not clear whether the government will appeal the ruling.

VAVAView: We recognize the importance of the tax affecting issue and its impact on business valuations. VAVA Inc. shares the practice of modeling pass-through tax liabilities at statutory C corporation tax rates. In addition, a Pass-Through Premium is calculated, when appropriate, based on the perceived tax advantages associated with S corporation filing status.

Contact Michael Van Amburgh at 972-723-9500 for more information about the recent tax changes and the impact on the value of your business. 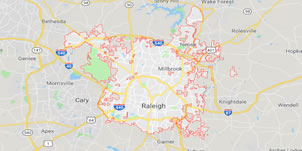 It has been a pleasure to work with Michael Van Amburgh and VAVA Inc. since 1980. His strong technical expertise, promptness, fairness, and attention to client needs are unparalleled in the business valuation industry.